What’s a Marker clusterer CDN and why is it a big deal? 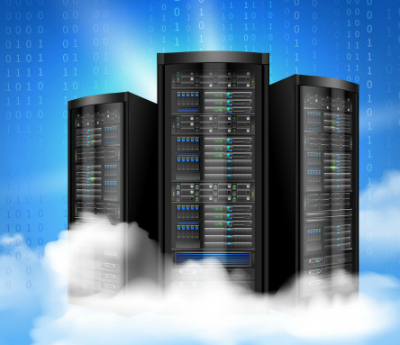 The way we use our phones has evolved. Over are the days when our phones were used only to make calls and send text messages. Today, we do literally everything with our phones. From taking pictures to booking flights, from editing videos to joining office meetings, the advent of smartphones has changed so, so much in society and web developers are having the time of their lives. Apps have become very elemental in the process, too. If you’re in the business of making apps, then you know for sure why people have been looking up 'Marker clusterer CDN’ online.

Creating the perfect app has become many entrepreneurs’ primary goal. Think about it: if you’re able to make one that’s just right and one that people look forward to using, you’re only one phone application away from laughing your way to the bank.

Marker clusterer CDN: breaking it down

To have a better appreciation of what Marker clusterer CDN really is, know that this isn’t one piece of technology. These are two combined forces in tech, and each one serves a different purpose.

Content Delivery Networks (CDNs) are a group of servers that are strategically scattered to easier and better distribute web data to global users. When you don’t make use of a CDN, whether that be the best CDN or not, your users obtain web content from a host origin; meaning there’s only one in the world! But when your website is backed up by a CDN, your visitors are able to acquire web data from a server nearest them, and not the sole web host origin there is. This doesn’t just improve your users’ browsing experience on your website, this also makes your site a lot more secure and safe.

Because this can be challenging to grasp, let’s start with something that’s easy to understand: have you ever opened an app where a map appears? Thousands of apps need built-in maps to better serve their customers. Whether it’s informing them where a shop is or it’s letting them know that their delivery is on the way, maps have become integral to many web developers. that’s where marker clustering applies.

It makes it easier for app developers to include maps on the apps they’re building.

Developers.google.com explains well what a marker clusterer does. Here’s how they define it:

“The Marker clusterer library uses the grid-based clustering technique that divides the map into squares of a certain size (the size changes at each zoom level), and groups the markers into each square grid. It creates a cluster at a particular marker and adds markers that are in its bounds to the cluster.”

It repeats this process until all markers are allocated to the closest grid-based marker clusters based on the map's zoom level. If markers are in the bounds of more than one existing cluster, the Maps JavaScript API determines the marker's distance from each cluster and adds it to the closest cluster.

You can set a Marker clusterer option to adjust the cluster position to reflect the average distance between all the markers that are contained within it. You can also customize the Marker clusterer to modify other parameters like the grid size, the cluster icon, cluster text, among others.”

All these mentioned, it makes perfect sense for Marker clusterer CDN to be searched for on search engines. Because both elements combined together are designed to produce speed and functionality. Web developers are taking the time to make sure they’re able to utilize both CDN technology and Google’s marker clusterer features.

Now that we know what both elements are individually, it’s time to define what the best CDN is. To begin, always remember that the best CDN may vary depending on the client, website, and business scale.

For example, for several startups and medium-scaled businesses, the best CDN is often cheap CDN, simply because cheap CDN providers now are able to offer what expensive providers can—but at reasonable prices! Before immediately thinking that the best CDN companies are only those that popular and well-known, always factor in what your website needs are and which locations (meaning countries and regions) your website must be strongest in. There’s a very high chance the best CDN for you is us.