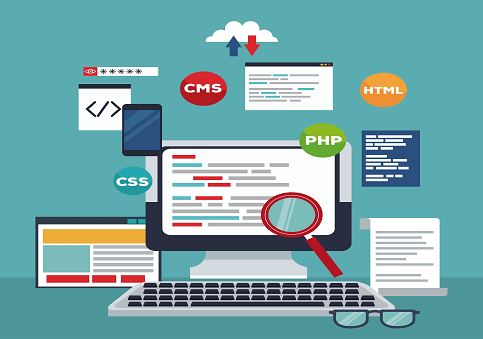 One of the most common threats against your website is DDoS attacks and it is not difficult to see why.Here CDN Protocol helps you to fight against DDos Attacks

DDoS is short for Distributed Denial of Service. The goal of DDoS attacks is to overwhelm your website with massive amounts of unofficial traffic. By doing this, they slow down the host server which in turn can make it fail or go down.

The worst part is that DDoS attacks do not even require any hacking skills so any person with ill intent towards your website can do it. most cybercriminals have a preference for this attack because they can simply get a chatbot for a few dollars and start attacking your website with a high volume of traffic.

Also, you have got to watch out for other forms of cyberattacks as well. DDoS attacks are usually used by cybercriminals in combination with other types of attacks, particularly SQL injection. This type of cyberattack inserts a malicious SQL statement into your database. Once the statement is executed it could be used by cybercriminals to take control of your system and do malicious things like spoof identity, void transactions, or tamper data.

These attacks can cause serious damage not only to your website but to your reputation as well.

Fortunately, with CDN protocols supported, you have an ally against these types of attacks.

What is CDN Protocol?

The funny thing is that content delivery networks are not built to combat DDoS and other forms of cyberattacks, but because of their nature and purpose, they have become suited for the role.

Content delivery networks or CDNs refer to a network of servers that are strategically placed around the world. The main goal of these servers, which are housed in the CDN provider’s cloud data center, is to deliver your web content to end-users as fast as possible.

It does this by keeping a cached copy of your website’s web pages. Once there is a visitor to your website who wants to open a certain web page, a request from the visitor’s device is sent.

Normally, all these access requests are directed towards the host server. But as said above, too many of these requests and the origin server can get overwhelmed even without a DDoS Attack.

That is where cloud content delivery network services come in. Instead of all the requests being directed to the origin server, these requests are optimally mapped out instead so that it will be sent to the nearest website CDN server.

The CDN Server then responds to these web page requests by sending the cached version of the web page including all its elements like HTML, CSS, images, and video.

This process is the difference between a page loading instantly and not for several seconds. As a result, your website visitors are given a fast web experience and the host origin server is no longer overwhelmed with access requests.

While the main purpose of CDNs is to provide your web visitors fast loading time for a better web experience, the nature of how they operate lends itself to being able to protect your website against DDoS attacks.

One of the qualities of CDN platforms that makes it suited for protecting your website is its massive capacity to handle the traffic.

Again, CDN servers are the ones who respond to requests that are geographically within their proximity. These servers are supported by enterprise-level infrastructures that are designed to analyze and manage high volumes of traffic. When a DDoS attack is launched and it is faced by a CDN server, the sheer capacity of the CDN server is able to withstand the high number of unofficial traffic launched against it.

Of course, that is not enough. That is why modern CDN services employ high-level security measures to complement their high-volume traffic capacity.

TLS or Transport Layer Security is a protocol that encrypts traffic through website authentication, which is an effective deterrent against DDoS and other cyberattacks.

BelugaCDN is only one of the few content delivery network providers that support all 5 major TLS extensions, which include HTTP/2, OCSP Stapling, Dynamic record sizing, ALPN, and Perfect forward secrecy.

The best part is that unlike other top CDN companies, BelugaCDN keeps its CDN plans and pricing affordable so that more small and midsized companies can get CDN services.

If you are serious about protecting your website against unwanted traffic without breaking the bank then BelugaCDN is the obvious choice.

For more information, check out BelugaCDN.com