Games CDN: Is it Very Helpful For Small Business Owners? 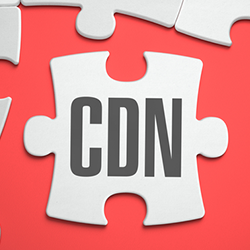 Anyone who has ever worked on an online game knows how challenging it is to consistently deliver content and patches to players across the globe. Whether it’s a simple puzzle app or an MMORPG, games tend to require a lot of resources and maintenance.

While technologies like 4K and ultra HD are facilitating exciting innovations in gaming, download sizes keep increasing exponentially, which has created many new challenges on the back end. Consequently, content delivery networks that specialize in gaming have arisen to address these obstacles to customer satisfaction.

What does CDN for Gaming Do?

A CDN utilizes a global network of servers to streamline the delivery of downloads, by caching content nearest to your visitor. Doing so helps not only improve performance but also reduces the risk of failures and server crashes by offloading bandwidth from the origin.

Hardcore gamers are used to waiting hours for game content to download, but such inconveniences can deter casual players and present an obstacle for reaching a wider audience. Of course, catering to an increasingly global gaming market also increases a game’s risk of crashing or becoming infected with malware that can affect all players, so gaming CDNs must also be prepared to handle such challenges

Benefits of CDN in Games

1. Improving the experience before playing

Many console games that are primarily played offline require pre-game and post-installation downloads. “Day one patches” are becoming commonplace and even expected. For example, in 2015, Polygon report that Star Citizen’s client was expected to be a 100 GB download. There are many other examples of this where games require large pre and post-game downloads and although the downloading of content is inevitable, it can cause customers to lose patience. However, developers can make the process less painful for players by leveraging CDNs (https://www.polygon.com/2015/3/12/8198615/star-citizens-client-will-be-a-100gb-download)

Compared to other apps, online games require a lot of player input, and a mere millisecond of lag can completely ruin the user experience. Therefore, choosing a CDN that specializes in high performance ensures that your players aren’t turned off before they get started.

Delivering massive files as fast as possible is just the first step to ensuring player satisfaction. As games grow in popularity, traffic spikes can slow things down for everyone. Developers have limited control over individual players’ connection speeds, but utilizing a CDN ensures that each gamer gets started as quickly as their connection will allow.

Some geographic areas are more prone to connectivity problems than others, but a good gaming CDN knows how to deliver content most effectively to players in all regions. Having servers distributed across the globe also helps with load balancing so that your game’s performance doesn’t suffer as it gains popularity.

Speaking of which, a good CDN for gaming must be ready to handle large request surges at all times. So be sure to choose a CDN that has a proven track record of being scalable and is transparent whenever maintenance must be performed.

Given that games can rack up in size very quickly, it’s important to choose a CDN that offers flexible pricing. Monthly commitments aren’t always the best option for game developers as surges in traffic and bandwidth use can spike at any time, forcing you to move into the next highest monthly plan. Pay as you go options allow developers to pay for only what they use allowing them to easily scale their CDN requirements as their game grows

Factors in Choosing a CDN for Games

Using any CDN is better than doing it yourself, but not all CDNs are created equally. When choosing a CDN for gaming, do plenty of research to make sure that you find the company that can meet the needs of your players for the best price.

Speed and reliability are obviously the most important factors when choosing a CDN for gaming, but figuring out “where” a CDN is fast is extremely important. Of course, you should also know where the majority of your players live. Some of the best CDNs in North America just don’t deliver in other parts of the world. Some CDNs cater to specific regions while others claim to offer global game server hosting; regardless, you should investigate the actual locations of servers before you invest such services.