Every Website’s Visitor Need to Know about Motion UI CDN 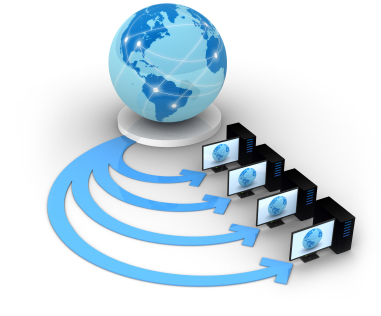 CDN is an acronym for content delivery network. It is a network system distributing servers which deliver pages as well as other web content to end-user that are based on the topography of the user, webpage’s origin and the server. This network service is an effective way in speeding website’s content delivery. Likewise it increases website traffic in terms of global reach and provides protection from huge movement in traffic. Remember, the closer the CDN server to user’s geographic location, the faster the content will be delivered to end-users.

When servers that are nearest to geographical locations of the website user is faster to respond to the request. The CDN will then copies the website pages to servers network and disseminate to different locations caching the page content. If the user requests a website which is part of the CDN, this will redirect the request coming from the original website’s server which is close to the end-user, so will cached content delivered easily. The CDN may communicate with its origin server in order to deliver any content which previously cached.

While the procedure leap through CDN is transparently closer to the user. However, there is the only way the user will know in case CDN has been accessed if the delivered URL is different compared to the URL requested.

Why Most Businesses Use CDN?

In terms of delivering large scale websites to the targeted audience, the CDNs are capable to reduce latency, reduce the bandwidth consumption and securing apps, speeding up website’s load as well as blocking data scrapers and spammers that hacking your server.

The CDNs usually are good for B2B interactions and delivering content to the end-user. And now, there are several factors that fueling our interest online. Some companies or businesses use the CDN to speed up the content delivery, e-commerce, mobile content, video, games, voice recording, etc.

How Motion UI CDN Helps in Creating Transitions and Animation?

The animation and transition makes web designers to visualize as well as giving them the capacity to differentiate content. These are moving effects where assisting users to recognize what is changing in the website. For instance, you click the button and on screen there is new information appear. The motion ui adds movement to websites or apps improving the user experience. This allows the users to notice the content in a more spontaneous way.

Nowadays, we can now easily create transitions and animations from scratch or by using tool libraries and frameworks. And there are available support group which can help you develop a more html friendly animation and transition library that is based on Sass.

Motion ui originally, it was bundled with foundation for apps but now it's standalone release which got revamp including an animations as well as flexible CSS patterns. It also power some components of foundation network including the Orbitslider, reveal modal and the toggle switcher, thus it becomes booming too.

Additionally, the motion ui is very important, must be followed and implemented to any websites. It’s trendy and now used for different types of webpage. This ensured users that it will offer the best experience and positive effect on the mind. These can also be done with transitions together with initial wire framing. You better have to think what motions you should implement in order to produce an appropriate idea for your end product. Likewise, it will save you time and money which are invested in the project.

How to Get Started?

Though the motion ui is part of Sass framework, but you don’t necessarily use it with Sass. The Zurb offers developers with a useful startup kit which contents compiled CSS. You can actually download them from the motion ui’s webpage. Also, you can quickly start your prototype using some predefined CSS animation and transition classes provided.

The startup kit of motion ui also offers the foundation framework. This means you can use the foundation grid and other functionalities of foundation for websites if you want. The startup kit is provided using the index.htm file which allows you then to quickly test the framework. Moreover, if you want a more sophisticated adjustment or want to leverage the motion ui’s powerful Sass mixins, you can install the full version which source contains .scss files with bower or npm.

If you are looking for motion ui documentation, you can find it on Github or you may contribute if you want.

How to start Prototyping?

When starting a prototype, you can use and edit the index.html file you found in the starter kit, otherwise you can create your HTML file. You can develop a layout by using the foundation grid, however motion ui can be used also as standalone library without the foundation framework.

How Sass Help you Customized Classes?

Behind each animation and transition Sass mixin makes it possible to change the settings of the effect. And through Sass you can easily create a full custom transition or animation. Take note, the customization does not work with the startup kit, you have to install the Sass version first if you want to configure the effects which according to your needs.

Whereas to customize the transition or animation, you need to find the mixin - the _classes.scss file usually contain the names of the CSS compiled classes with the various mixins.

Due to the increase and the demand of users using the internet the grow rate of CDN becomes unstoppable. CDN technology grows rapidly each year because of the new technology, education and the increase of the online businesses established. CDN increases its values in terms of its performance, protection, availability and security in all kinds of industries around the world.