Why do people look for Primer CSS CDN online? 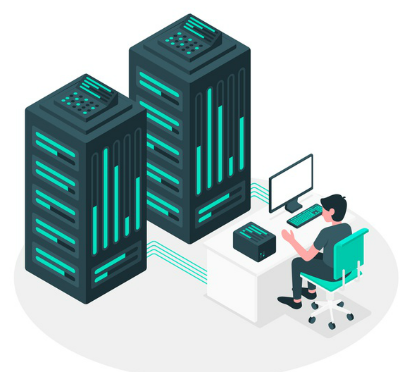 This article won’t talk about makeup, in any shape or form, but we’re going to be mentioning the word ‘primer’ a lot. If you’re an up-and-coming developer, if not already an IT expert to start with, then there’s a high chance you already know why plenty of people have searched for the phrase 'Primer CSS CDN’ online several times now.

For this particular blog post, we’re talking about what precisely Primer CSS CDN is, why CDN hosting is crucial for your brand, and what to look out for when shopping for providers.

In the digital world, where an increasing number of the worldwide population is also visibly active now, functionality and serviceability have become elemental aspects. Whether using an app or going through a website, it helps if clickables are accurately sectioned and arranged. Furthermore, speed, too, has also become a pivotal element. Anything that takes a long while to load is left in oblivion.

From dating to buying milk, we now have the convenience of speed at the tip of our fingertips, so it only makes perfect sense why people have been looking up Primer CSS CDN on Google. Before we dive right into what it really is, first understand that Primer CSS CDN isn’t an actual piece of technology in itself. Rather, it is composed of two digital tools: The Primer system and CDN (Content Delivery Networks).

According to cdnjs.com, “Primer is the CSS framework that powers GitHub's front-end design. Primer includes 23 packages that are grouped into 3 core meta-packages for easy install. Each package and meta-package are independently versioned and distributed via npm, so it's easy to include all or part of Primer within your own project.” Primer.style also adds that “Primer was created for GitHub by GitHub” and that because it’s gotten so dear and useful to and for Github that they “chose to open-source it to allow the community to design and build their own projects with Primer.” Needless to say, the Primer system is designed to augment the functionality and user-friendliness. If you’re set on starting an app, perhaps resorting to Primer would be a smart idea. It’ll shorten your engineering process, too, since the Primer system helps segmentize your sections much easier.

CDNs, on the other hand, deal with web content delivery. If you didn’t already know yet, CDNs are a bunch of servers found in many parts of the globe. These servers then become in charge of helping you better deliver your web data. You see, without the help of CDN hosting providers, your users obtain every piece of web and app data from a single host origin. This may prove to be helpful for users who live proximally near the server. But for users who live on the opposite side of the world, this may pose a problem with loading.

Here’s an example: if you run a website that’s managed by a web host based in California, then it’s safe to say that users from Las Vegas and Arizona will find accessing your website a breeze. If you have users from Asia or Australia, for example, this could be a problem in the speed department, and these users will find loading your web pages to be a tad slower. CDNs help reduce latency because they eliminate the burden of your single host origin by storing and caching your data. That way, your users no longer have to obtain web content solely from the origin host. They now obtain web data from the servers closest to them. Should your CDN hosting providers also have Points of Presence in, say, Singapore and Sydney, your Asian and Australian users’ browsing experience should be the same as those in California; thanks to your CDN hosting provider’s locations.

All these mentioned, Primer CSS CDN is made to support speed and functionality. The phrase continues to be searched for online despite their inherent differences because both digital elements help each other. Developers are looking for ways to speed up the functionality of their sites and apps offer.

Is it time to get CDN hosting?

It would be a lie to say every single website on earth needs CDN hosting. But it would be equally false to say that your site won’t benefit from CDN hosting at all. So instead of asking, “Do I really CDN?” The better question is, “when exactly do I need it?”

If your website and/or app is starting to experience an increase in web traffic, it may be high time. CDNs help prevent your website from going offline.