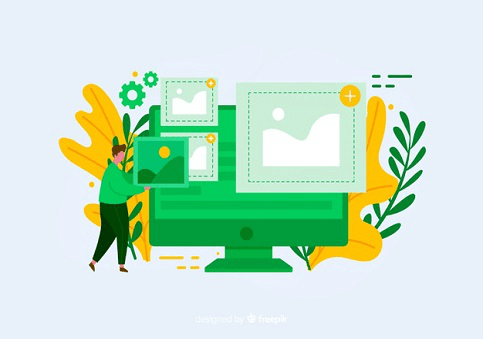 Given how so many forms of media have been used to sell products and tell stories, it really is no wonder why and how our attention spans have gotten shorter. In fact, Time Magazine even states how a goldfish’s ability to hold on to a subject matter is longer than ours! That being the case, creatives are on a roll, as the demand for high-end, riveting images has been extremely high today. This is the same reason why CDN image optimization has been even more crucial nowadays.

For this particular article, we’re discussing what specifically CDN image optimization is, why an image CDN can help better your brand, and when it’s time to actually buy CDN.

Why the need for a CDN image optimization?

As the name implies, Image CDNs are content delivery networks that are designed to beautifully optimize photos and graphics. That said, switching to CDNs that are specifically targeted to improve CDN can help you save a ton of money when it comes to image file size. They specialize in the delivery, transformation, and optimization of images. You may also refer to them as APIs for manipulating and accessing whatever graphics you use from your app or website. All these mentioned, it’s understandable why CDN image optimization continues to be a thriving digital instrument of choice for a number of website owners and developers. They don’t just hasten speed, they enhance photos, too. And when you manage a business website, who wouldn’t want that?

As established, image CDNs are really just CDNs that put a premium in bettering images. But what exactly do CDNs bring to the table?

Content Delivery Networks have been around for a while, but only recently have they become so elemental in the internet equation, that they now manage more than half of the existing websites there are today. If you didn’t already know, CDNs are a group of servers found in strategic locations around the planet. These servers then become responsible for helping you transmit your web data to users from all around the globe. In other words, without a CDN, your website and apps request web data only from a host origin—meaning there’s only one. And while there’s nothing inherently wrong with that, relying only on a host origin to cater to every single one of your users is dangerous in that you’re only signing up for a potential site or app crash.

Because host origins aren’t meant to deal with hundreds and thousands of users all at once. This is where CDNs come in. They take the pressure off of origin hosts and better distribute your web content to your site visitors; wherever they may be in the globe.

What industries buy CDN the most?

What’s amazing about CDNs is it caters to every single existing industry. Whether you are coming from the food and beverage sector or from the vehicle industry, any website that drives a considerable amount of traffic is encouraged to utilize CDN hosting.

One popular example is Netflix. Because the streaming company has millions of customers all around the world, you can’t expect Netflix’s host origin (or should we say origins?) to deal with every single subscriber. So what they do to better serve their people is to resort to CDNs. This cloud content delivery platform is also very useful for when you want to segment the kind of web content you want to release for specific regions. Again, Netflix is a good example of this. Because the streaming empire doesn’t have the same content for all countries, they apportion certain films and TV shows to certain servers and the whole process becomes much easier because of CDNs.

Still, you don’t need to be a tech giant or a massive brand to buy CDN. Any business leader or website owner looking to expand their brand should buy CDN. If you’re based in the states and you’re looking to digitally enter Asia or Europe, a CDN can help fast-track your efforts.

When is the best time to buy CDN?

Whether you’re looking for CDN image optimization or CDN that’s meant to support videos primarily, the concern is all the same—when should I buy CDN?

While it’s true that not every website needs CDN hosting services to survive, web traffic is always a good, clear hint that it’s time. If your website also has plenty of images and other dynamic content, then it would be a smashing idea to buy CDN already, too.

Overall, resorting to enhance your CDN image optimization efforts never goes to waste. If you’re looking for an image CDN, give us a try!