Speed matters. End users want fast, seamless access to content. If your site is slow, they are just going to go to someone who can deliver. Just how quick do you need to be?

A study from 2009 found that 47% of users expect a page to load in 2 seconds. If it didn’t load in under 3 seconds, 40% were out of there. The study was released over eight years ago. Eight years! That’s two years after the original iPhone came out. Today, we expect a lot more, we expect things on-demand. 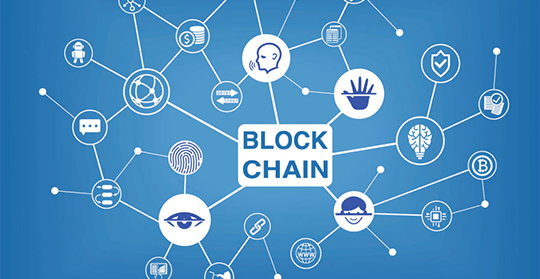 Your customers won’t wait around for your site to load. They are not going to sit patiently as your images load or video buffers. Almost instant access to a global marketplace means millions of options they could use instead.

It isn’t just users. Google uses site speed on both desktop and mobile sites as part of its SEO rankings. That’s why Content Distribution/Delivery Networks (CDNs) are becoming an integral part of smart business setup.

More than just your website speed, user expectations are spread across the spectrum. We want faster transactions, easier access, more intuitive interfaces and guaranteed privacy. The Dropbox hack, recent iCloud scares, the NSA data tapping, and the Amazon Cloud failure earlier this year has led to growing concerns about the safety and availability of our data.

Let’s say you use a service like Google Drive for all your personal cloud storage needs. When you upload your data to the cloud, Google saves the data in one of their datacenters. When you want to access your data, your computer sends a request to that data centre and voila: you’ve got your data. But, the data centre isn’t always close to your physical location (or your customer’s/visitor’s location). This usually means delivery delays, something most of us would prefer to avoid.

Using giant server farms comes with its own set of challenges. Running them is expensive- they need to be temperature controlled, updated and rigorously maintained. The tech in there costs a lot and it needs to be refreshed/replaced on a regular basis. Plus, these giant datacenters have a large environmental impact.

Then, there’s the safety aspect to consider. Google, and all the other service providers, have rigorous safety processes in place but no matter how careful you are, as soon as people get involved you need to allow for human error.

And, it isn’t just human error that puts your privacy in danger. To follow up on the example of Google, their privacy terms outline a lot of different scenarios where they can legally access and share your data. Large companies have the abilities to search non-encrypted files. Some believe that they’ve already done that. The point here isn’t to bring conspiracy theories about big data into play, but to show that traditional cloud storage has vulnerabilities that need more than a bandaid.

Blockchain is a hot topic nowadays, and many are looking for new, secure, cost-efficient methods to store their ever-growing data libraries.

Over the last couple of years a few small teams quietly worked away on alternative solutions that eliminates the chance for human error and increases privacy and security.

Using the blockchain for storage

The blockchain re-entered the popular consciousness in 2008 via a white paper written by the anonymous Satoshi Nakamoto. Bitcoin: A Peer-to-Peer Electronic Cash System described a Peer to Peer system that uses a decentralized database to record every transaction in a digital ledger.

The blockchain eliminates the need for trusted third parties. Every transaction that happens is logged and timestamped. It can’t be changed because every node across the network has a full copy of the data. Constant verification keeps the records accurate.

This creates a transparent, traceable peer to peer system that’s almost impossible to hack. A few companies have started using the blockchain to change the way we think about cloud storage.

Storj developed a decentralized, secure way to store data in the cloud without using server farms. Instead, they use the spare space on people’s hard drives to store and distribute data around the globe.

Let’s say you’ve got 250GB spare room on your hard drive you aren’t going to use. You can rent it out to Storj. In exchange you can either get paid for the space or you get 250GB of cloud storage. But, how does this keep your data safe? Your data is encrypted, shredded and spread across the Storj network. No single user has access to all your data and the only person who can bring it home is you.

This is the key difference between this distributed storage solution and traditional cloud storage. Storj can’t give anyone access to your data even if they wanted to because they don’t have it or the key. At the same time, a hacker can’t get access to your data because even if they managed to decrypt a single piece they have no way of knowing what it is or how it fits into your files as a whole.

You pay for what you use. There are no monthly contracts. You get charged for what you’ve used at the end of the month and get paid for what others have used. If you want to rent out space and use its equivalent, you are technically getting cloud storage for free. Storj isn’t just for personal use- it has similar professional features to services like Amazon S3.

While the Storj network is decentralized, it also utilizes the Ethereum blockchain. This means that Storj relies on the role of another company for its functionality. That said, the tech behind Ethereum is becoming widely adopted in the smart contract sector.

Sia used the blockchain to develop a fully decentralized, secure way to store data in the cloud without using server farms. Instead, they use peer to peer devices to distribute and store your data. This brings the price down considerably. Storing 5 TB of data on the cloud with Sia will set you back about $10 a month. Amazon S3 charges $115 for the same amount of storage. The savings get even more considerable once you start getting into the big numbers (and factor in things like requests and outbound traffic).

Like Storj, Sia uses the free space people have on their hard drives. Users use smart monthly contracts to buy or rent storage space and can set the exact terms in the contract which becomes a part of the record. The renter pays the contact’s worth and the money is held in escrow until the contract is honored. At the end of the month, the landlord gets the money. This keeps exchanges simple, safe, honest and inexpensive.

Unlike Storj, Sia developed their own blockchain and cryptocurrency to secure and maintain the blockchain. They incentivize miners to verify the blockchain by giving them Siacoin in exchange, much like Bitcoin for its miners.

An insatiable demand for storage

Storage solutions like Sia and Storj have disruptive potential. They are secure, fast and (at the time of writing) cheaper than traditional cloud storage.

By 2020, Cisco predicts that 50 billion devices will be connected to the internet – which means more photos, more videos, more online content will be generated (and therefore require storage) and consumed than ever before.

Distributed cloud storage on the blockchain seeks to provide a new solution for a problem that is only growing in size. We are on the edge. Some say the blockchain and its potential is much where the internet was in the early 90s.

Interested in seeing what BelugaCDN can do for your company? Get a free trial and find out for yourself!

How does CDN Work