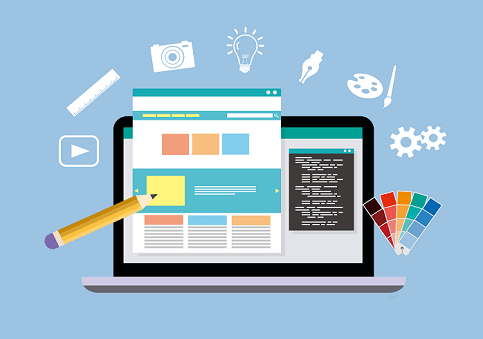 You don’t have to be a talented graphic designer or the most tenured brand strategist to know that fonts are a pretty big deal. How your text looks, whether on billboards or webpages, can make or break your message. After all, the medium is also the story. That being said, it’s understandable why font face CDN has been a rampant search phrase on search engines. Developers and website owners alike are pouring their monetary efforts into making sure their Webfont successfully and consistently translates the way they're supposed to, be they on PCs, tablets, or laptops.

For this particular article, we’ discussing what font face CDN really is, why your Webfont should never be overlooked, and what kind of components you should look for in CDN providers.

Why Is Font Face CDN Being Searched for Online?

To better answer this question, know that font face CDN isn’t one piece of technology in itself. Instead, you can say it’s a combination of two things: font face and CDN.

To start, CDNS or Content Delivery Networks, are a bunch of servers placed in strategic locations found all around the globe. The reasoning is pretty simple: without CDN providers, app and site users obtain web data from a single origin host—meaning there’s only one. You can already imagine how chaotic it can turn out if hundreds and thousands of users from all around the planet request data from only one origin. To only does this make a site and app vulnerable to attacks, it also makes digital havens crash easily. Although web host origins are meant to supply web content, they’re not designed to cater to oceans and oceans of users simultaneously.

That being the case, CDN providers make it easier for your web data to be distributed much more efficiently to international users. Because CDN providers utilize several servers from many parts of the globe as well, your web data reaches your visitors much earlier on.

Font face, on the other hand, has nothing to do with web data delivery. Instead, it’s one of the many CSS tricks there are. In other words, font face is a technique developers resort to, to retain Webfont.

As ccs-tricks.com put it, “the @font-face rule allows custom fonts to be loaded on a webpage. Once added to a stylesheet, the rule instructs the browser to download the font from where it is hosted, then display it as specified in the CSS. Without the rule, our designs are limited to the fonts that are already loaded on a user's computer, which vary depending on the system being used.”

To reiterate, font face CDN is starting to become a popular search phrase because people are now looking into consistently retaining fonts for websites, webpages, and other digital avenues. The CDN aspect only hastens and guarantees the speed and actuality of it all. Needless to say, speed and serviceability are the top two things people look for when searching for font face CDN online.

Why Does Webfont Matter?

Given how easy it is to produce media and content today, consumers demand a lot more authenticity and storytelling from brands. That being said Webfont is essential in remaining true to a company’s core message. It also helps how fonts are visual elements and everything that the eye can capture immediately translates into more than what it is. That being said, consider Webfonts to be the puns and punchlines in the texts you see.

The more accurate your Webfont is to your overall brand message, the more engaging it becomes to your users and consumers alike.

How CDN Providers Can Help Your Business?

If you’re still starting to break into the online space, know that you’re competing with so many more brands than the ones only in your industry. Everything and everybody lives online now, so slow-loading websites with tacky visuals immediately take the backseat. It also doesn’t help how our attention span, in general, has drastically shortened. That being considered, it’s crucial for companies to study how to capture and engage with their market. Otherwise, how would your brand earn?

CDN providers can help you efficiently distribute your web data to your global users. That considered, it’s also important for you to find out which regions, states, and locations your website has to be strongest in. When shopping for CDN providers, look for those that have locations where your app and site have to be extra quick.

On top of that, factor in price and customer service. Because of how dynamic CDN providers have become, you’re bound to come across CDN companies that offer different services in a variety of rates. Find one that best meets your needs.