Github CDN: Is It a Good Content Delivery Network to Use? 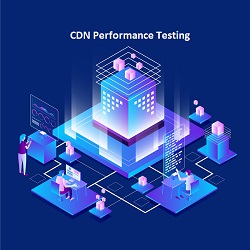 Google CDN is used for its popularity in delivering data. Microsoft also runs a public CDN or Cloud Delivery Network. However, these CDNS only host the most popular libraries. With Github CDN, host everything including JavaScript, CSS, SWF, images, and many more.

Github CDN supports http2.0, http, https, and spdy. It is one of the most popular free and public web front-end CDN services with just under 5,000,000 websites that are using it which is about 9.2% of the total websites in the internet. It also serves about 160 billion requests monthly and has consistently been a part of the top W3Techs CDN for three years.

Features of Github CDN that developers would benefit from

For computer developers to make use of Github, it should first have features that benefit them. First is its Code Review which allows the developers in a team to propose changes, comment in context, request reviews, and give clear feedback about the current project your team is working on. (https://github.com/features/code-review/)

Another feature is Project Management which allows the project manager and developers to coordinate, track, and update the progress of their work in the one place so the work is transparent. For example, in tracking a bug, team members would be designated with tasks to do. With Github CDN, tasks, assignments, labels, and milestones could all be designated during the whole progress of the work. (https://github.com/features/project-management/)

Team management is another feature of Github CDN which is important as building software. With this feature of Github CDN, managing and growing teams, keeping conversations on topic, setting community guidelines, and opening source guides are all possible. You can also do social coding which allows you to share your ideas with other developers. With this feature, you could follow other projects you may have your interest in, and share your achievements with others.

Quality documentation is a sign of a healthy software project. So documentation alongside your code can be done in Github. Github pages allow you to host documentation directly from your repositories. A text editor is also present that lets you easily add your docs in the text formatting language of your choice, like Textile or Github Flavored Markdown.

With Github, data security is their highest priority. They adhere to the Privacy Shield Framework certified last January 2017 and also a GDPR compliant. Government users can host projects on Github since their platforms fits the software-as-a-service baseline of security standards made by the United States’ federal government partners.

Accounts are also secure in Github since it encrypts all data in transit all login information and credentials are always protected. Github stores a one-way hash of all user passwords using bcrypt. Your account login is protected from brute force attack with rate limiting.

In December 2017, there is a case where cybercriminals made use of Github and its services to hide in-browser cryptocurrency mining scripts which they later on used on hacked sites. What they did was to upload cryptojacking scripts on Github accounts and then loaded them via the Github domain. After a few months, the same thing happened where they did the same thing, but instead, they made use of Github’s default CDN, raw.githubusercontent.com.

Although some incidents had happened, several features of Github’s security make it safe for developers to still use it. Some of these include added security with accounts by the use of two-factor authentication, universal second factor, delegated account recovery, e-mail privacy controls, GPG commit-signing verification, and security audit log.

With Beluga CDN, which makes use of an IPV6 Network, you may be able to deliver 20-40% faster with its dual stack network. It can also provide real-time traffic statistics up-to-the-second so it is better than Github CDN in terms of updates. You can also easily delete specific content from any location in just a click. It is also user-friendly especially to developers who will most likely use this content delivery network. It has advanced settings, fine control, and automation via a restful API. Just like Github CDN, Beluga CDN also has a myriad of tools to help secure and protect your content.