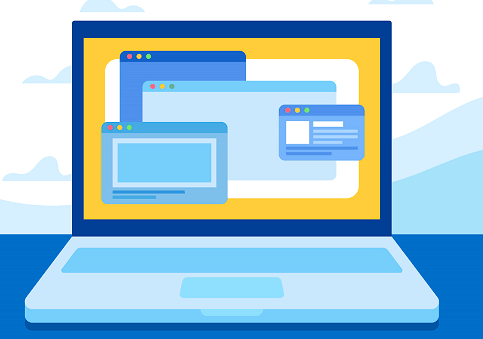 The security of web data is important for several reasons that demand no explanation. Web security is critical in keeping cybercriminals from being granted access to sensitive information. Sans thorough security methods, businesses risk the development of malware attacks and the editable compromising of integral IT infrastructures. If a hacker succeeds, attacks can go from one computer to another, making it challenging to determine the origin. This is why providers are upping their CDN DDoS game.

Keeping your website secure is beneficial, not just to spare you from losing a great deal of revenue, but also from protecting brand assets and business ideas. For this article, we’re tackling how CDN DDoS can benefit your business, how DDoS protection works, and CDN hosting prices should help you choose a provider.

CDN DDoS: What Is It?

The keywords CDN DDoS are a combination of two different things: Content Delivery Networks and Distributed Denial of Service. To better understand what both elements are, let’s start elaborating on what CDNs are first.

To begin, CDNs are a cluster of distributed servers that help transmit web content and pages to website visitors, based on their geographic locations. That being said, these many servers are placed in several parts of the globe to better perform how they’re supposed to.

Of the many things CDNs do, their primary function is to reduce latency by shortening the travel time it makes for a user request to travel to a host origin. You see, without a CDN, users have to get a site’s web content from an origin. And if this origin is located on the opposite side of the globe from a user, this could pose to be a problem. It’s also important to understand that host origins aren’t made to cater to multitudes of users simultaneously. That being the case, websites that aren’t supported by CDNs have higher chances of crashing and going offline. What’s worse, users may also experience longer web page loading times without CDN hosting.

Moving forward, an online source describes DDoS as “a type of DOS attack where multiple compromised systems, which are often infected with a Trojan, are used to target a single system causing a Denial of Service (DoS) attack. Victims of a DDoS attack consist of both the end targeted system and all systems maliciously used and controlled by the hacker in the distributed attack.”

Given how hackers today are a lot smarter and more digitally cunning, it’s understandable why and how DDoS protection is warranted.

CDN DDoS: How Does It Work?

CDNs help cache a site’s web data either in advance or after an initial request. That way, users don’t have to obtain web content from an origin, as this could take time. On the other hand, CDNs very much augment DDoS protection in that DDoS security measures are intricately integrated into CDN services.

The same online source above further elaborates that, “in a DDoS attack, the incoming traffic flooding the victim originates from many different sources – potentially hundreds of thousands or more. This effectively makes it impossible to stop the attack simply by blocking a single IP address; plus, it is very difficult to distinguish legitimate user traffic from attack traffic when spread across so many points of origin.”

Having said that, the keyword ‘CDN DDoS’ continues to be searched for online because it is a result of developers ensuring ways to heighten DDoS protection. When DDoS is properly utilized in a CDN, it becomes much harder for cyber thieves to break into websites.

In the wake of this all, CDN hosting prices should still be factored in given that it’s become imperative for CDN providers to guarantee DDoS protection to their clients. Contrary to popular belief, CDNs aren’t consistently expensive and over are the days when the cloud content delivery platform was exclusive only to the elite and massive businesses.

Whether or not you’re enhancing your CDN DDoS efforts, you can be confident that BelugaCDN will deliver. We make use of a myriad of tools to keep your web content secure and safe. What’s more, we have a credible and approachable customer service team ready to help you take on improved projects for your digital endeavors.

All these mentioned, always factor in CDN hosting prices when looking for a provider. Stay away from the notion that only expensive CDNs are trustworthy. Know that businesses also have varied scales and that each website demand may differ from one brand to another. Given that, the best CDN may also vary from one client to another; but CDN hosting pricing will and should remain a consistent determiner.

While it can be tempting to just sign up with an expensive provider, affordable CDNs now also deliver. Look for a provider that offers transparent fees. Many times, you’re better off with the pay-per-usage pricing arrangement because they’re much easier to financially maintain and predict.

How to include CDN