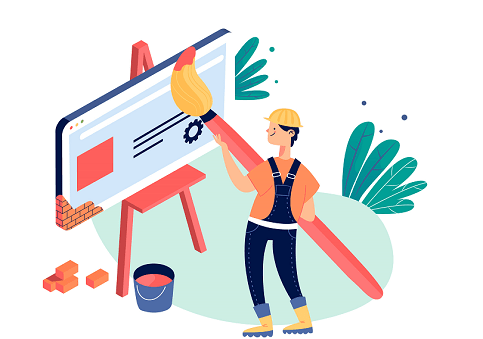 CDN optimization works like a charm every single time. For anyone looking to improve their website’s overall performance, learning how CDN works is the perfect start. Often times, the reason online businesses don’t turn out as planned is because of slow-loading pages. This could also be the same reason why successful retail stores don’t always experience the same results they get in person. The content delivery market has become dynamic, and many times, cheap CDN is the best solution.

For this article, we’re discussing how CDN optimization enhances a ton of things on a website, how it’s made possible, and why there’s a likely chance cheap CDN is what your business needs.

The internet is a complex beast, but with the right analogies and examples, simplifying how it functions is made easy. The same goes for trying to understand how CDN works. At its simplest, CDNs are a cluster of networks found in various data centers all around the world. Its goal is to effectively reduce latency by quickly delivering web data to global users much more efficiently.

When a website isn’t signed up with a provider, cheap CDN or otherwise, it relies on its origin host to distribute its web data. While this isn’t always a problem for smaller websites, this becomes a challenge to professional and business websites. This is because web host origins aren’t designed to cater to hundreds of thousands, if not millions, of website visitors all at once. When too many people access a site, this could slow the origin down, eventually leading to an unexpected site crash.

This is how CDN optimization saves the day. Websites are automatically enhanced because sites load faster and become more reliable, rendering availability at all times to their users. In other words, CDN optimization is made possible because of its many servers. Websites supported by CDN store a site’s data on their many servers and users from everyone on the planet get to access a site and consume a site’s media through the server nearest their area, and not always the origin server. Simply put, CDNs seemingly eliminate the physical gap between users and a site’s origin host. If an origin host is in, say, Stockholm, users from Sydney and Seoul are granted the same kind of access and speed as those who actually live in Sweden and its neighboring regions.

Points of Presence (PoPs) – CDN optimization is made possible immensely because of its PoPs. It doesn’t matter if you sign up with cheap CDN or not, every provider has their own set of PoPs around the globe. As mentioned prior, these PoPs are found in several parts of the planet and are the ones accountable and in charge of transmitting a site’s data to users within their vanity and direct reach. These are the servers that store a website’s content to minimize the roundtrip time by extending web data much nearer to site visitors.

Caching servers – as you can already tell, caching servers manage the delivery and storage of cached files. The primary role they fill in the CDN optimization equation is to accelerate loading time. By doing this, they reduce bandwidth and speed things up much faster for website users. Depending on the provider, every server usually carries high amounts of RAM resources and several storage drives.

SSD + RAM – based on the explanation above, these servers are the technology that house web data on the cloud. Through random-access memory, hard-disk drives and/or solid-state drives, CDN optimization becomes even more feasible.

Cheap CDN: Is This Really the Best?

When you don’t entirely know what your website needs are, going for the most popular CDN provider would seem like the smartest move, but it really isn’t. And we say this with no bias. For one, cheap CDN doesn’t always translate to bad service and terrible coverage. Technically, how CDN works is all the same, cheap CDN or not. When you’re just about to sign up with a provider, determine where your markets are. Which countries and regions do your demographics live in? What kind of data does your website house? These are crucial elements that need to be factored in because they help determine which provider can help you the most.

There are a dozen of CDN providers who have hundreds of PoPs all around the planet, but when you know where your primary markets are, you’ll soon realize that you won’t need each PoP there is. Cheap CDN works best for several clients because CDN optimization is all the same. Depending on how complex your business needs are, CDN optimization is all but the same even with cheap CDN.