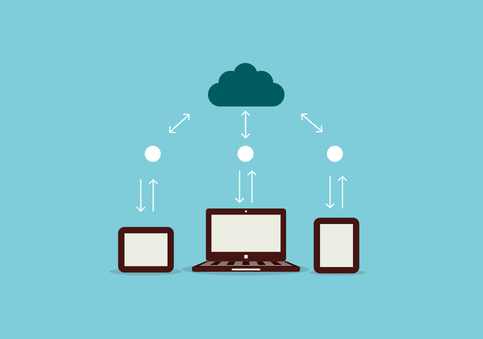 Despite the unstoppable expansion and popularity of CDNs, plenty of business owners and website developers still question their importance. Will a company really be left behind if it doesn’t make use of the technology? Isn’t that just going to add to the sore the company budget already carries? Unless one doesn’t understand how CDN works, it’s never going to make sense.

But think about it: if the world’s leading companies such as Amazon, CNN, and Youtube, all use CDNs, it must really mean something, right? This article aims to explore why website owners should start looking into CDNs.

If you’re still unaware of the technology, Content Delivery Networks (CDNs) are groups of servers that convey content from origin hosts to various parts of the globe. Simply put, CDNs are servers that have been scattered in many geographic locations to better service internet users. In other words, websites that are supported by CDNs can deliver content much faster and clearer than those that aren’t. This is simply because a user’s request doesn’t have to travel as far. Say, you’re from India and the site you keep visiting is a site that’s supported by a London-based origin host. If that site is CDN-augmented, you can receive content much better and more efficiently because you’re immediately directed to the edge server—meaning the server that’s nearest your location.

These servers also store updated versions of the sites you frequent so you’re sure to enjoy the same content as everyone else in the world, even if you’re far from a site’s origin host.

The easiest and most obvious advantage is speed. There’s no hiding that. Utilizing a CDN enables site owners to deliver dynamic and static content without a sweat. Latency, the time it takes before media and another content load on a site, is reduced with CDNs.

In the absence of app servers, browsers, web servers, and CDNs—all of which are considered to be cache layers—a site is bound to be slow. This is definitely not what a digital entrepreneur would want. Hence, improved speed is the first thing site owners notice when they use a CDN.

A quick Google search will reveal, right away, that traditional web hosting isn’t designed to keep up with what modern websites demand these days. CDN-hosting makes it easy for those serious about making their websites pop and deliver fresh and engaging media. That said, CDNs and the edge servers they consist of, now fill such an irreplaceable role in keeping large and medium-sized websites afloat. High-quality and rich multimedia content is imperative these days, and traditional web hosting just doesn’t cut it anymore.

Page speed is definitely one of the largest factors search engines look at when determining Search Engine Optimisation results. Google, Yahoo, and Bing now take into consideration how long a site loads in full before letting them appear on the first page. Logically, the more efficient your site loads, the higher your chances of climbing the SERPs ladder.

Google image searching is another factor that’s just as vital. When a site is supported by a CDN, pictures load faster because of its inherent technology. This also contributes, very largely, too, to a site’s SEO performance. The better your chances of appearing on the first or second page, the more likely it is for you to broaden your global appeal and hopefully, make conversions.

It’s Not as Expensive as You Think

If you partner with belugaCDN, then you’ll definitely understand how CDNs work and are more feasible than you believe. CDNs aren’t always tied to hefty price tags. BelugaCDN has some of the friendliest races you’ll see around. Visit their site and you can quickly assess how much bang you’re getting for your back versus other CDN providers.

The cost of bandwidth, too, is generally cheaper than that of traditional hosting providers. Ultimately, CDNs are also pegged to take, at the very least, more than 60% of the load from origin servers. This already saves website owners a lot of money.

While a CDN can be advantageous to anyone with websites, it’s also important to understand it helps, all the more, websites that have a steady and growing visitorship from all around the world, if not from selected countries and regions only.